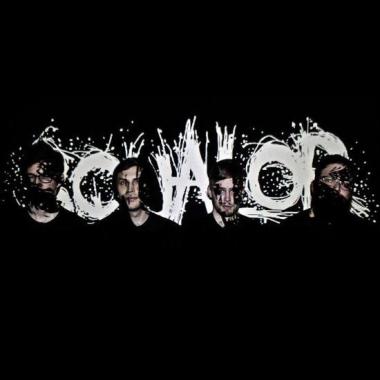 It’s rather easy to dismiss hardcore punk as repetitive. Even with – or in spite of – a relatively short history, it seems like many newer acts in the scene can be easily reduced to a simple reference point. Once you’ve gone through about twenty or thirty versions of Black Flag with a dash of Minor Threat and some Agnostic Front, you start to lose the formerly bold and adventurous taste of what those very bands embodied. While cutting your teeth on some Dead Kennedys is fine, a band has to branch out, try something new, in order to really make the music its own – otherwise it comes to a standstill reminiscent of a bored cover band.

And that’s what makes Portland, Oregon’s Squalor so intense, impassioned, and downright invigorating – they seem to bring draw more upon their own musical histories than that of the scene at large. Yeah, you can definitely pick up on some standards, but Squalor manages to bring it all together in a way that you cannot ignore. The feel of early 2000’s hardcore resurgence, the distinct west-coast punk vibe, and subtle nods to legends like Converge are present – but they refuse to limit themselves to these influences. One can actually sense that these guys grew up immersed in this sound, paying respect yet still harboring a need to push forward. There’s a rawness to “The Noel E.P.” (released January 2015) that highlights the explosive passion and energy the genre was built on, all the while distorting and amplifying it into something darker, angrier and more than willing to prove it.

As the thunderous intro to “Dry” quickly breaks into a hypertensive blast, you barely have time to catch your breath before this E.P. shreds your hardcore assumptions and eardrums to pieces. When the strained shouts throughout “No Sympathy” slows down to a throat-crippling exclamation of “I hate my job, I hate my friends, I’m so depressed, it never ends,” it sends shivers down the spine. By the time it wraps up with the chugging rhythm of “No You’re Not,” you get that drive to put the E.P. on repeat, get up and throw down. This is the way hardcore is meant to be – simple, brutal, honest, passionate, stirring.

Just this past Sunday, Squalor played a house show at The Darkplace. Even sans bassist, these guys charge through a bloodthirsty cavalcade of a set. Channeling the power present at good live hardcore punk shows, you feel the band’s energy feeding the crowd, and the reciprocal voltage that goes right back into the music. That vitality is beautifully augmented here, in a familiar yet distinct outcry that recharges your faith in fun, angry punk rock. So sit back and crank up this dynamic response to the monotony of loud music – you will feel it, right down to the bones.

Many thanks to Darkvids for putting up the audio as part of their “Live in the Ring” series.